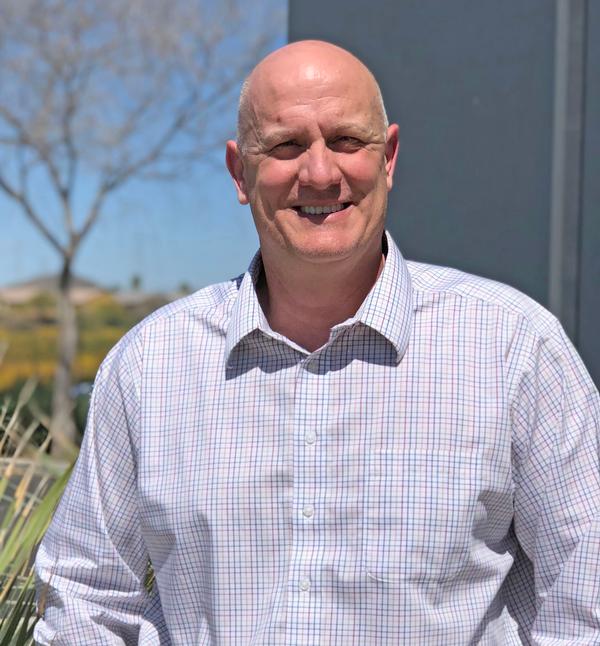 Bob Broscheid holds a bachelor's degree in Wildlife Management from Arizona State University and is a graduate of the National Conservation Leadership Institute. Prior to becoming director of Arizona State Parks & Trails, Broscheid was a biologist, Habitat Branch Chief and Deputy Director of the Arizona Game and Fish Department, and Executive Director of Colorado Parks & Wildlife.

He enjoys hunting, fishing, backpacking, mountain biking and golf. Most weekends, Bob and his wife Dana are having fun discovering all of Arizona's outdoor opportunities. Bob was appointed director of Arizona State Parks and Trails in February 2019. 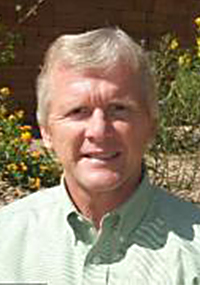 As an Arizona resident since 1984, Dale Larsen is a devoted practitioner, teacher, participant, researcher and supporter of our fabulous Arizona parks and trails. He spent 27 years as the Assistant Director and Director for the City of Phoenix Parks and Recreation Department. Retiring in 2010, he became a full-time faculty member and administrative Director of Community Relations for the Arizona State University College of Public Service and Community Solutions.

He currently serves as the President of the Camp Colley Foundation, a nonprofit organization that raises money to send disadvantaged children to an outdoor adventure camp in Blue Ridge, Arizona. He is also a member of the City Parks Alliance, the National Park and Recreation Association, the Academy for Parks and Recreation Administration, and the Trust for Public Lands.

Most important to him, they raised three children, and now have nine grandchildren, with a major emphasis on the unlimited recreational and educational values of our Arizona parks and trails. 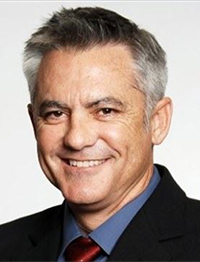 John R. Sefton, Jr., CPRP joined the City of Peoria in August 2012 as the Community Services Director.   He is responsible for leading the team’s functional divisions of Parks, Recreation, Libraries, Public Arts and the Peoria Sports Complex.

John diligently strives to deliver the quality of life for Peoria that the citizens and City Council aspire for. Prior to joining Peoria, John served the cities of Tucson, Prescott Valley, Chandler, Casa Grande and Henderson, Nevada in various parks and recreation positions from Lifeguard to Director.  Wedging in seven years of the ‘housing boom’ with developer Pulte Homes and the Communities of Del Webb, John helped build the lifestyle communities of Anthem, AZ and Anthem at Merrill Ranch in Florence, AZ.

John received his Bachelor’s in Business Management from ASU, a certificate in Public Policy from the U of A, and in 2013 completed his Master’s Degree in Community and Land Use Planning at NAU. Notable career accomplishments include supporting and leading Tucson and Peoria departments through their inaugural CAPRA Accreditation processes, Parks and Recreation Master Planning, recreation amenity design and construction leadership and organizational development initiatives. 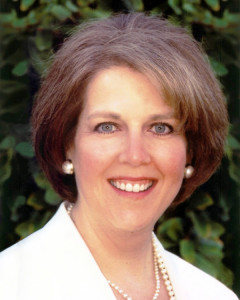 As an Arizona native, Atkins combines a well-rounded understanding of the State with more than 40 years of experience in the federal and state legislative and policy arenas. Ms. Atkins served for more than 23 years as Chief of Staff to Congressman Bob Stump (R-AZ) in both Washington, D.C. and Arizona, 18 months as the Executive Director of the County Supervisors Association of Arizona (CSA), representing more than 50 elected Arizona County Supervisors on policy and budget matters, and 11 years as the Vice President for Public Policy for Greater Phoenix Leadership (GPL), a group of the Region’s top business and industry leaders focused on the State’s economic growth and vitality.

Atkins is well respected in the Arizona community for her involvement in a variety of organizations. Among her current community activities, Ms. Atkins represents Maricopa County as an elected member of the Board of the Central Arizona Water Conservation District (CAWCD), which is responsible for operating, maintaining and managing the Central Arizona Project. She also serves as an Advisory Member of the statewide Governor’s Military Affairs Commission, which is the permanent body to monitor and make recommendations to the Governor and Legislature on executive, legislative and federal actions necessary to sustain and grow Arizona’s network of military installations, training and testing ranges and associated airspace.

She resides in Phoenix; she has two grown children and three very handsome grandsons. Atkins is a graduate of the University of Arizona. 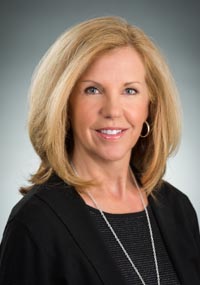 Debbie has spent over two decades working in the tourism industry in Arizona. She was appointed by Governor Doug Ducey as Director of the Arizona Office of Tourism in August 2015 to oversee the state’s tourism marketing strategy.  Prior to that she served as President & CEO of the Arizona Lodging & Tourism Association and Valley Hotel & Resort Association.  In addition, Debbie plays an integral role in shaping Arizona’s tourism industry and serving as the voice of its 200,000+ employees.

She serves on numerous local, state and national boards and committees dedicated to the industry and has been honored as Arizona’s Tourism Champion of the Year, the Phoenix Visitor Industry Champion and was inducted into the Arizona Tourism Hall of Fame in 2011. She was named among the Valley’s Most Admired CEOs by the Phoenix Business Journal in 2012 and the Top Business Leaders of 2013-2016 by AZ Business Magazine.

Debbie was born and raised in Wyoming, but she is a 25+ year Arizona resident and an Arizona State Sun Devil, where she received her degree in Marketing. In her spare time, she enjoys hiking, reading, football, quality time with her three children and, of course, traveling. 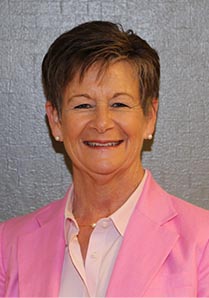 Orme holds a BSE and BA in Elementary Education/Special Education from ASU (1976). 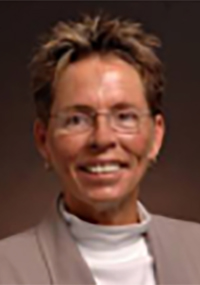 Her primary home is in downtown Phoenix, and her second home was tragically lost in the Yarnell Hill fire. She worked hard to rebuild her rock home, and during this time, she watched the development of the Granite Mountain Hotshots Memorial State Trail. She is active in the Yarnell community and had the pleasure of attending the dedication of the memorial park. Witnessing the memorial's development and the positive effect it had on the community rekindled her interest in being involved, and she hopes to add value to the system by serving at the state level. 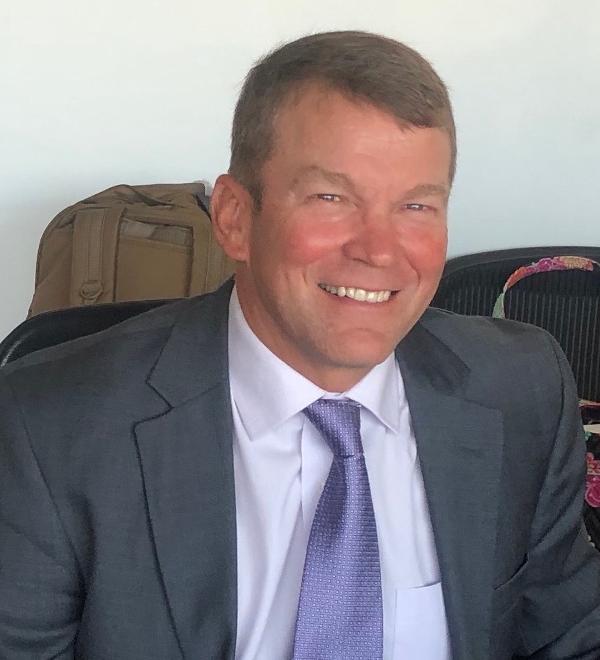 LTG Jeff Buchanan commanded US Army North (Fifth Army), and after a 37 year Army career, he retired from active duty on 1 September 2019. LTG Buchanan was commissioned a Second Lieutenant in the Infantry under the ROTC program after graduating from the University of Arizona with a Bachelor of Science degree in Wildlife Ecology in 1982. He earned a Master of Arts in Leadership Development from the US Military Academy in 1992 and was the Distinguished Graduate of a year-long international security fellowship at the Geneva Center for Security Policy in 2002.

He commanded at every level from Platoon to Theater Army, and his assignments include tours in the Army’s 82nd Airborne Division, 25th Infantry Division, 101st Airborne Division, the 10th Mountain Division, and I Corps. He served four combat tours in Iraq and one in Afghanistan. From 2016-2019, he served as USNORTHCOM’s Joint Forces Land Component Commander and led the operational-level military response in support of FEMA for five major hurricanes (Matthew, Harvey, Irma, Maria, and Florence) and in support of the US Customs and Border Protection Agency for SW border security.

Upon retirement, he and his wife moved home to Parks, Arizona, where he consults from his home office. In addition to serving as a Senior Fellow for National Defense University, LTG Buchanan serves as a Senior Mentor for the Department of the Army. He currently serves on three not-for-profit boards: The Uniformed Services Benefit Association, Worldmaker International/The National Resiliency Institute, and 360 VA. He and his wife Laura (who also has a BS in Wildlife Ecology) are passionate about the conservation of natural resources and are members of various conservation organizations ranging from the Arizona Elk Society to the National Wildlife Federation. Jeff and Laura have three adult children (all married) and six grandchildren.

The Board holds meetings throughout the year, guiding staff in accomplishing the agency's mission: Managing and conserving Arizona’s natural, cultural and recreational resources for the benefit of the people, both in our parks and through our partners.

Vision Statement: Arizona State Parks is indispensable to the economies, communities, and environments of Arizona.

Past Board Members
Arizona State Parks History & First Board