PHOENIX – During the 2017 Arizona Historic Preservation Conference held in the Town of Oro Valley June 14-16, awards were given to 17 recipients for the Annual Governor’s Heritage Preservation Honor Awards (including the James W. Garrison Heritage Award, chosen by the Office of Governor Doug Ducey), and awards from the Governor’s Archaeology Advisory Commission (GAAC) in Public Archaeology are also presented.

The Governor's Archaeology Advisory Commission presents awards to individuals, organizations, and/or programs that have significantly contributed to the protection and preservation of, and education about, Arizona's non-renewable archaeological resources. This year’s winners are: 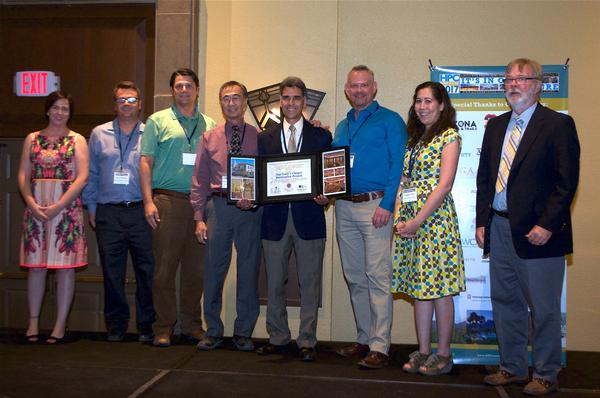 The James W. Garrison Heritage Award was given to Our Lady’s Chapel Restoration Project. The award, named for a retired state historic preservation officer, is selected by Governor Doug Ducey's Office from all conference award winners. The Award is named for longtime State Historic Preservation Officer, James W. Garrison, who was on hand at the ceremony to present to the winners.

"Managing and conserving Arizona's natural, cultural and recreational resources for the benefit of the people, both in our parks and through our partners."

For information about all 35 Arizona State Parks and Natural Areas, the Trails and Off-Highway Vehicle Programs and State Historic Preservation Office call 1-877-MY-PARKS or visit AZStateParks.com.